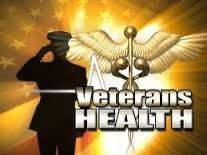 To be able to serve your country is among the highest of honors. After spending years or even decades protecting your country and those who live in it, it’s important to protect yourself as well. Not only with war, but with everyday military service as well, there are influxes of different things a person can be exposed to.

While in the heat of battle or during your career in the service, you may not think of what the after-effects could be. Not only are concerns for one’s mental wellbeing present, but physical issues with health can also arise. Be aware of potential health threats and how they can occur. Here are 5 health concerns that veterans should watch out for.

Used in older buildings or ships, the mineral fiber asbestos can pose serious health risks likescarring in the lungs or on the surface of the ribcage. This can result in breathing problems and chest pain up to 50 years after the exposure occurs. It is also associated with two types of cancer – lung cancer and mesothelioma.

Issues with asbestos occur when the fibers are disturbed and released into the air. According to New York lawyers,Belluck & Fox, at least 10 types of United States Navy vessels used asbestos. When ships were destroyed, the asbestos would contaminate the air. For veterans who served in Iraq or surrounding countries, similar situations may have occurred when older buildings were destroyed.

Used for making steel, this natural metal can be incredibly dangerous when prolonged periods of exposure occur. You may start to notice having a runny or itchy nose, nosebleeds, nasal ulcers, or respiratory problems. If breathed in high concentrations over months or years, the exposure can causelung cancer.

Ionizing radiation can often take place through nuclear weapons testing in military service. All cancers can be associated with radiation as well as tumors of the brain and central nervous system.

TBI is an injury that can disrupt normal functioning of the brain and can be caused by exposure to explosions like roadside bombs, artillery fire and grenades. Later in life, this can cause a loss of balance, constant head or neck ache, blurred vision, slowness in thinking, or chronic depression or anxiety.

Agent Orange was the most widely sprayed herbicide throughout Vietnam in order to kill the foliage providing cover for the enemy. It was also used on various base camps in the United States. With long-term exposure, Hodgkin’s disease, prostate and respiratory cancers, Parkinson’s disease, and type II diabetes – among many others – can be associated with Agent Orange.

For veterans who often put the lives of others before their own, now is the time for you to look out for yourself. Be aware of potential health risks you may face. The more knowledge you have, the better off you’ll be.