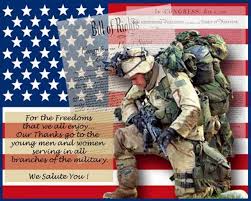 How HirePatriots got Started

In 1970 I became a pastor at a small church in Isla Vista CA, near UC Santa Barbara. I began meeting a lot of veterans of the Vietnam conflict. Some of them were severely affected by combat trauma. – They needed more help than I and my church were able to provide. And this weighed on my heart.

When I returned to Orange County, after that church was established, I began working with a wealthy businessman and former Marine. He constructed and paid for a center for veterans who had difficulty readjusting. They lived at the facility and received therapy. And they worked, slept and ate there too. I was the pastor/ counselor.

Then I met Greg Essliar, a pastor for the Vietnam Veterans Association. (He served 3 tours in Nam. When he got back, he slept in dumpsters for a dozen years before getting sober and sane.) – We spoke to thousands of vets. And he took Vietnam vets back to Vietnam to visit where they had been based. They would build schools and hospitals for therapy. – But when Greg was the guest of honor at a Vietnamese wedding, he was given a shot of beer in a thimble. ( They say that Alcoholism is a “progressive disease,” even after a drunk stops drinking.) A few weeks later, he was dead from alcohol poisoning. He drank himself to death. – Vietnam finally got him. — I miss my friend;but, I am confident that I will see him in Glory.

I continued serving veterans as I could until 2004. Then a Marine Sgt. from Camp Pendleton knocked on my door. He had just returned from Iraq. When he got home, he discovered that his wife had lost her job. Their car had been repossessed and all of the utilities were turned off. – He asked, “Sir, do you have any work that I can do for you around your house so that I can get my electricity and gas turned on again?” — This is how HirePatriots got started. It is a “ministry of Help.”

Unique Job Board for GIs

We sold our home to get a website made: It was HireMarines.com. (It became HirePatriots when the Navy asked to be included too.)

The website has a full time job board with 500,000 jobs on it. But even more importantly, it has a “Local Job Board.” This is a job board for residents and businesses in communities near US Military bases to post One Day/ Part Time/ Full Time jobs for military and veterans in their area.

The residents have loved this unique program. We have thousands of emails from them, thanking us for creating this. Here is a sampling: http://www.hirepatriots.com/inspiring-comments-from-users/

By 2007, we had helped so many people in San Diego that we were invited to come to a big hotel in San Diego. Eight hundred businesses were there. Admiral Len Hering sat at our table. – We were called to the stage and presented the “Visionary Award for Creating Economic Development.” – Our program, they said, is one of the most important stimulators of the local San Diego economy because of the thousands of Marines sailors and veterans that we find employment for each year.

President Bush found out what we were doing and sent us a citation: “The Congressional Medal of Merit.” And he made us Honorary Chairmen of the California Economic Council.

We received an unexpected grant from Supervisor Bill Horn and began holding military job fairs. This created an income for HirePatriots to continue. On average 125 companies attended our job fairs. Four were held on Camp Pendleton.

(Because of the economy and our inability to get more than a dozen companies with real jobs to attend our job fairs, we have suspended them until they become viable. )

In 2007, we read an article that said that “88% of enlisted marriages were breaking up on Camp Pendleton.” – This shocked us. I called Supervisor Bill Horn and told him. He gave us $25,000 right away.
We used this money to hold 5 Military Marriage Enrichment Retreats at the Marina Inn Suites, a luxurious hotel that juts out into the harbor at its mouth. – These were 3 day, all expenses paid retreats.

I had experience in marital counseling as a pastor and as a leader of Marriage Encounter, Orange County. – Our retreats were very successful. We keep track; and, to our knowledge, only one couple has broken up.

HirePatriots.com Traffic ranking puts it into the top 1% of all US websites. We now have several states that have their own local HirePatriots.com job boards. Our goal is to have one in every state. These sites are owned by veterans who are passionate about helping other vets.

Naturally, there are a thousand more details and stories that I could tell. But here is what we do in a nutshell:

Our One Day jobs have reduced some stress from thousands of military members and their families. Wounded warriors and those with war trauma are helped. Senior citizens and widows are helped. Small businesses are helped. And veterans are helped.

I am stopped quite often, when Marines and vets see my truck in North County. – Here is a typical thing they tell me: “Sir, I got out of the Marines as a Staff Sergeant 2 years ago. I apply for jobs every day. But I have still not gotten even an interview! – The only way I have been able to feed my family is by picking up jobs from your website every day. Thank you!”

The only sad thing about this is that for every job posted on my site, at least 50 GIs apply. So we need 50x more One Day jobs. All of them would be taken. – So if anyone wants to volunteer to pass out fliers and to inform more residents about our free website, please do so.

Laying down our lives for the blessing of others is the only real way to find fulfillment.