I have written a story already about stealing a book written by Henry Miller, the Tropic of Cancer, when I was a pubescent teenager.  But here is the rest of the story. – Sometimes, it is obvious that there is a string of circumstances that seem meant to follow an insignificant encounter.

When I was 14, my parents had drowned themselves in alcohol and were very dangerous to be around. My sisters and I learned early on how ‘a little drinky winky,’ could be extremely dangerous.

One night, my parents barged back in the door of our home around 3 AM, after being in bars all night. (My dad was a WW II veteran and suffered immensely from that experience. – I understand now.)  — I had forgotten to throw out the trash beneath the kitchen sink before going to bed.

“I am going to kill that no good S.O.B.!” I could hear my father screaming soon after coming home.

I always locked my bedroom door, and I had installed many eye-hooks along the margin of that door too. I always locked them before going to bed. – But when my enraged father decided that it was time for me to die, they were useless. My bedroom door flew off as if in slow motion. And then I saw my dad standing in the light of the hallway with a large knife!

I should have put on bed clothes that night, but I didn’t.  — I jumped out of my bedroom window, through the thick metal screen; I was dressed only in a boy’s standard white underwear.

Terrified, I ran down the alley and ended up at a recent girlfriend’s house. Her mother answered the door. But she did not seem shocked, as I supposed that she would. (Her husband was a Merchant Marine). — She let me in and I slept on their couch that night. My girlfriend’s father was on a ship somewhere.

The next morning, I was given some of her dad’s clothes, a P-coat and a duffle bag. Then my girlfriend went to school and her mother went to work. – I stuck out my thumb on the Coast Hwy, and began getting rides going north.

By dusk, I was in Big Sur, about 300 miles up the coast of California.  Big Sur is a Redwood forest that runs down to the sea from towering green, high coastal hills. – An artist from that area drove me to a commune in Big Sur, high above the blue Pacific called Gorda. I spent the night there. (And later I will tell you that story.)

But the following day, I went back down the hill and continued ‘thumbing.’ I was left off at an art colony and restaurant in Big Sur called Nepenthe. That became my home for many months.

But across from that place, just a little ways, was a cabin and a literary gallery. The man who lived there and ran the library was Emile White. He was the best friend and biographer for Henry Miller. — Miller was the author of the Cosmological Eye and the Tropic of Cancer, banned books that I had read 2 years earlier.

Emile was a lonely man that sorely missed his best friend, Henry Miller, who had recently died. He was delighted to have a guest. And he was amazed that the skinny, young boy in his home/library had read most of his deceased companion’s  books. We became good and necessary friends. – We relished reading Henry Miller’s books throughout our days and nights.

That was almost 50 years ago, and of course, Emile and all of my older, literary friends have been buried in the dirt. I am the one who is waiting for the End to come now.

My mother and father are in their mid-80s.  I am an old, poor writer, living in a tiny mountain community full of people similar to myself. We grew up in a world, culture and a civilization probably far different than my readers, just like our parents did. – And someday you will be like me too: Talking about events and places and people that the majority has never known. 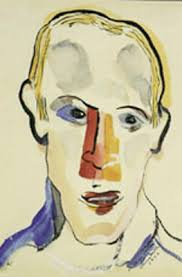