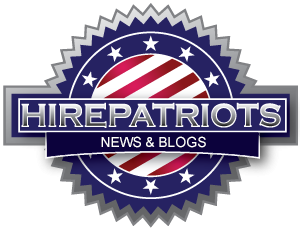 After four years in the Army serving in Germany and Iraq, Danielle Chavez thought she had her life figured out. “I thought it was gonna be a lot easier. Definitely, definitely a lot easier,” Chavez said.

But when she left the military in 2011, her marriage ended, she struggled to pay for school and ended up living in her car. She had to send her two young girls to live with a relative.

“Every day I missed them. Every day. I felt like they were growing up without me,” she said.

“You don’t want to admit that this is something that could happen when you’re a veteran,” Chavez said.

According to the Department of Housing and Urban Development, there are more than 4,456 homeless female veterans in the U.S., many of whom have children. They account for 8 percent of the nation’s 58,000 homeless vets.

But a housing development that just opened in the San Pedro area of Los Angeles is providing hope in the form of a key. It’s called Blue Butterfly Village — built specifically for homeless female veterans with children. The former Navy housing was rotting away but has been given new life in order to give vets like Chavez a new life, as well.

“Oh my God, look — that’s where you can eat breakfast!” Chavez exclaimed, seeing the house for the first time.

Three weeks ago, she and her daughters moved into to the fully furnished home. The community playground is right outside their back door.

There are 73 subsidized town homes in the complex. It cost $15 million to refurbish, paid for by the Volunteers of America. The veterans pay rent based on a sliding scale, but living there also comes with mental health counseling, job training, money management programs and childcare services. Secretary of Veterans Affairs Robert McDonald said the goal is to get these vets back on their feet, but they can stay here for the rest of their lives.

“We have lots of these that the Department of Defense is decommissioning. And we in the VA want to pick them up right away, we want to make them sites where we can best care for veterans,” McDonald said. “This is the future.”

Many of these veterans, including Mariatheresa Alcazar, suffer from PTSD. She was one of the first women to serve on an aircraft carrier and was stationed on the USS Carl Vinson during 9/11.

That’s because she is also one the many women raped while serving their country.

A study by the Veteran’s Health Administration found nearly 40 percent of female homeless veterans were sexually assaulted while in the military.

“I got assaulted by police officers in our military. And I thought I was so strong. … I thought I could fight men off, even. And it’s — I can’t. And that’s just the truth about it,” Alcazar said.

Alcazar’s PTSD made it hard to keep a job. She wound up homeless with two young sons. But now, they’ve got a home at Blue Butterfly Village. Her boys have a place to play, and she has something she never thought she’d live without — a bed.

Volunteers of America hopes to eventually take over 70 more vacant units owned by a nearby school. That would double the population at the village. Seventy more women like Alcazar would now have a home.

“It’s freedom,” Alcazar said. “I’m happy, and these are tears not of sadness but I’m happy … because you don’t have to worry about where you lay your head. You have an address.”

And a foundation to build a better life with their families.

About Patrick Mellody: Patrick is a Volunteer Ambassador for Hire Patriots and offers his budget book for free to anyone and also his energy sector business to those that have to work from home or desire to. Both are at http://hirepatriots.com/heroes

Brian Tracy/ Author, The Power of Self-Confidence states:  “This is a practical book full of proven strategies you can use immediately to get your financial life back under control.”

The book is a free PDF on my volunteer Hire Patriots web page http://hirepatriots.com/heroes

Unlike most free books you will not be asked for any contact info. , it’s just free.

About The Author
Patrick

Even if you’re not unemployed a budget is a budget and this free book download has everything you need to start fresh and move forward. The book is only 20 pages long but it includes real life stories and forms to kick start a solid spending plan for the future. By the time you’re done with this book you will know your income and outgo by spending category plus a percentage guideline chart that will show you where adjustments may be needed. I don’t ask for any contact info, it’s a free PDF. Just click on the book cover above. Here’s what others are saying about the book: “This is a practical book full of proven strategies you can use immediately to get your financial life back under control.” ~Brian Tracy – Author, The Power of Self-Confidence Gordon Wadsworth – Author of “Debt Free College” and “The College Trap” In reference to “The Unemployment Budget,” this has to be the number one book for getting out of debt in record time. In today’s world of fast food, fast oil changes, fast delivery and fast messaging, why not tackle your debt problems fast and move ahead quickly. Basically, that’s what you can do after reading this simple “how to” book. As a financial instructor for many years, the one tool that I used to help people get out from the bondage of debt, author Patrick Mellody has as the main focus in The Unemployment Budget. It’s explosive and it works every time. Whether you are employed or unemployed, if you’re still hanging onto never ending credit card debt and car payments, check out this new book and get rid of your debt fast.