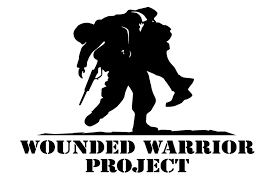 Recently CBS and some other news and media agencies have publicized some areas of concern about how donations to The Wounded Warrior Project, a premier veteran charity, have been spent. The criticism focuses mostly on expenditures on trips, meetings, conventions, hotels and first class airfare. But they failed to say that those expenses were just about 7% of their total revenue. That does not seem unreasonable for a nationwide charity with locations all across America.

The Wounded Warrior Project was founded by a dear, old friend of mine, John Melia. He is a humble and honest man. He is my age and retired, leaving the reins in the hands of some young US veterans. They have done exceeding well since. The Wounded Warrior Project is the preeminent US veteran charity. It towers above all other veteran charities, not just in the amount of donations they receive; but, also in the programs they offer and sponsor.

I have worked closely with US veterans for over 45 years. They are the most honorable people I have ever met. Captain Ryan Kules, who was criticized in the CBS article served in Iraq in 2007. There is no apparent misuse or abuse of funds that had already been designated to support fundraising efforts. And the CEO, Steve Nardizzi, although not a US veteran, has spent his adult life serving combat veterans.  I do not believe that they deserve the harsh criticism leveled at them.

I am not saying that the executive leadership of any charity always makes the right decisions. Perhaps the amount they spent was excessive. But much of it was spent establishing a national team of leaders and on raising more funds in order to sponsor more programs. Yes, one year they spent a lot making that happen. – But in response to this recent criticism they have responded as best they can and are making appropriate adjustments and changes.