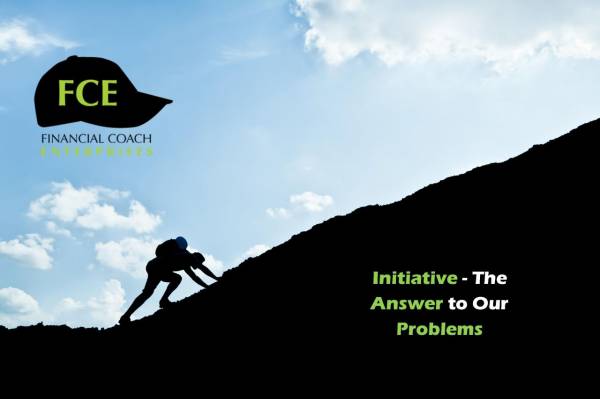 Athletes and soldiers have a lot in common.  They thrive in a disciplined, structured environment, they display courage, and they work for inspired goal-oriented leaders.  They go up against stout competition in a no-holds-barred environment…and many heroic events actually come about from specific individual fighting for the victory.  Then, somewhere along the way-age, injuries, a specific tenure of time, all of it ends and these warriors go from being on a team, in a unit to becoming the lone ranger.  They look around and realize life has dramatically changed their world.  It, sad to say, passed them by.

It’s at that moment where one’s “choice”, a personal decision, takes on a huge role that will probably impact that person for years.  See, the idea of having options can be really cool or extremely frightening.  Just because that warrior was great on the battlefield or that star athlete thrived on the diamond, court, or football field, doesn’t mean at all that continued success will follow.

Very quickly, “what was” become “what is”, and often we find the special performer now under-equipped to compete in the job market against so many others who are more qualified, better educated, and probably more adept to be hired and placed into employment than the warrior who really can’t believe that his/her glory days are now in the past and received by looking in the rear view mirror.

It’s at this crossroads where the success formula of I=C +R needs to be recognized and brought forward by that individual who need to turn the corner and get on with living a purpose driven life.

So what is I=C +R?  It’s this…initiative equals that person displaying courage in their choosing to act while realizing that RISK is always part of that choice.  Let’s take a closer look at how it can make a huge difference to that individual who realizes his/her past might not create a new and better lifestyle.

Initiative is not bred into us like the fight or flight DNA that appeared in the caveman days for survival purposes.  No, initiative is the gasoline (our purpose) that fuels our engine (our desire).  Without it we’re sunk.  Initiative calls upon us to seek out that special job opening, asking that girl to dance, realizing you need to quit that dead end job, leave town, joining with others, anything that hopefully creates change for the better!  It’s your God given right to purse your happiness. So then, logically, why would you delay?  Got it? Pursuit, take action, go for it!

Courage is the kick in the butt knowledge that it is time to you got to step up, face your dears and initiate.  Fact is, if you don’t possess this characteristic on your own, you’ll fail or probably have a lousy future with a victim mentality.  Courage often is more humble, yet just as impactful as someone’s who ______ for overcoming adversity.  Simply put, getting out of bed early and attacking the “possibilities” of the day, to many of us, takes great courage.  It’s all about the fortitude and persistence of not allowing the world to beat you down and get the better of you.

Risk, the fear of failing; fear of losing; fear of humiliation.  It’s about your fear of not overcoming adversity.  Everyone deals with it differently.  Some become crippled with it. Some look at it inspiringly as a challenge.  Most try to avoid it.  However one chooses to deal with it, the reality is this: It must be addressed.  In fact, facing fear can be an extremely healthy way to grow inner strength and build self-esteem.

So, whether your system is that you’re dealing with right now. You might want to consider,

Then think of the many ways you may apply this “spirit elixir” to your daily choices.  Hopefully, quickly, you’ll realize the absolute rocket fuel this formula will give you in your pursuit of a better, more meaningful walk of life that you might be seeking.  Try it for 90 days and see if it doesn’t impact you in a lot of great ways. Go get ‘em!

I’m looking out for you!