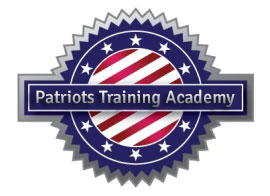 What is Blamestorming? It is an accurate representation of organizational dysfunction, spending paid time to develop a strategy that does not correct the problem. We’ve all heard terms such as scapegoat, witch hunt, damage control, the blame game and the infamous blame by absence. They are all different terms that define a pretty common business technique. Are there any benefits that result from blame storming? The perceived benefit is causation has been determined removing the blame from the group assigning it. Therefore the benefits are individual based, focused on others maintaining their individual brands by placing sufficient distance between themselves and the fault bearer.

So we must ask ourselves has the problem been solved. In the golden era of operational processes, identifying where the issue lies has become fairly straightforward. This makes the use of workable hours to determine fault counterproductive as the fault lies in the interaction of people with the processes inputs, tools & techniques, and outputs. So why is it done? There are many plausible choices but there’s only one fact and that is the existence of poor leadership.

The existence of problems gives management the opportunity to prove it’s true. However, at a time when the organization should focus on identifying the solution through observation and questioning, many in leadership choose to focus on identifying a person to assign blame. Fault identification is deemed to be more important while assigning that fault is given the highest priority. So where does that leave the pursuit for a solution? By failing to acknowledge that mistakes are common the organization gradually removes the motivation to try different things in the pursuit of excellence. J.F.K. captured this fact eloquently in the following quote “Victory has many fathers, but defeat is an orphan.”

How did we get here and how do we get back on the right track? The underlying theme is that protecting ones individual reputation is considered far more important than solving the organizations problem. The observance of the application of this philosophy creates like-minded individuals because this is a learned behavior. The onset of this behavior signifies the introduction of toxicity into the organizations culture. At a much deeper level blame storming will eventually identify an individual or group within the organization that lacks the power to defend itself and/or counter the allegation. In essence they become collateral damage, minimized, making it an acceptable practice to place blame.

So how do we properly address mistakes or poor performance? The leader addresses the organization in some format and explains that mistakes much like change are inevitable. This doesn’t give one the green light to make mistakes and it is not a reflection of poor leadership. It kick-starts the problem solving process with a question similar to the following. “Now that we have situational awareness of the problem, what are our next steps to make sure we understand its origin, learn from it, and prevent it from occurring in the future?” This is effective leadership.

One of the most powerful lessons I learned from human resources is that we should always assume positive intent. This challenges leaders to think much differently about assigning blame. In my humble opinion the average employee doesn’t arrive at work with the intention to fail. I also believe that employees internalize the organizations mantra of delivering a positive customer experience and recognizing the business heuristic that states that the customer is always right. Acknowledging these facts changes managements engagement philosophy from assigning blame to soliciting feedback that aids the problem solving process.

I say all that to say this, risk is always easy to see. It’s all around us. The rewards for our efforts are not always quite as easy to see. So this fundamental shift in philosophy from blaming to teaming has to have trust as its core foundation. It needs those employees who see an opportunity in every idea and problem. They are able to look at an idea or problem objectively always thinking how can we make this succeed? Following this path requires everyone in the organization to acknowledge that cultural change is hard. Managements challenge is to say yes to do things differently. In closing there are a thousand reasons to say no to a request with little to no challenge. Be the manager that finds the courage to identify the reason to say yes. – The PMP Whisperer