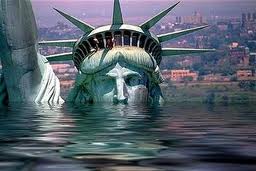 1) Approximately 48 percent of all Americans are currently either considered to be “low income” or are living in poverty.

3) Today, approximately 25 million American adults are living with their parents.

5) The United States puts a higher percentage of its population in prison than any other nation on earth does.

6) Sadly, more than 52 percent of all children that live in Cleveland, Ohio are living in poverty.

8) About 20 percent of all U.S. adults are currently working jobs that pay poverty-level wages.

9) According to the Federal Reserve Bank of New York, approximately 167,000 Americans have more than $200,000 of student loan debt.

10) There are 313 million people living in the United States.  46 million of them are on food stamps.

11) In the United States as a whole, one out of every four children is on food stamps

12) The United States has a teen pregnancy rate of 22 percent – the highest in the world.  New Zealand is number two at 14 percent.

13) According to the CDC, there are 19 million new cases of syphilis, gonorrhea and chlamydia in the United States every single year.

14) The United States has the highest divorce rate on the globe by a wide margin.  Puerto Rico is number two.  Perhaps Puerto Rico really would fit in as the 51st state.

15) More people have been diagnosed with mental disorders in the United States than in any other nation on earth.

16) The United States has more government debt per capita than Greece, Portugal, Italy, Ireland or Spain.

17) If Bill Gates gave every single penny of his fortune to the U.S. government, it would only cover the U.S. budget deficit for about 15 days.

18) The U.S. national debt is now more than 22 times larger than it was when Jimmy Carter became president.