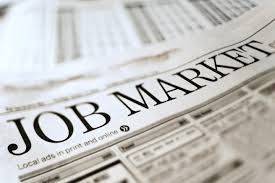 The employment of able bodies workers in America fell to 62.8%. We cannot have a vibrant economy with 38% of America’s available workforce not working. That explains why more people are on welfare in America than ever. This statistic also means that the unemployment numbers given by the government are misleading at best. Right now, the D.O.L (Dept. of Labor) claims America only has a 4.9% unemployment rate! How is this possible if nearly 40% of work ready American citizens are unemployed?

Although the hot topic is how many jobs we are losing to China, we are losing many more jobs to robotics. Factories don’t need as many people as they used to because machines now do so much of the work.General Motors now employs barely one third of the 600,000 workers it had in the 1970s. Yet it churns out more cars and trucks than ever. Another example is the production of steel and other primary metals. Since 1997, the United States has lost 265,000 jobs in the production of primary metals, a 42% decline at a time when such production in the U.S. has surged 38%.

What does this mean if you are a person looking for a new job? Things are changing and very fast. 70% to 80% of the jobs we recognize today will disappear in the next 10 years. There will be a lot of new jobs created, but there will not be enough new jobs to absorb our growing population. And the new jobs will require more advanced technical skills that probably are not even imagined today. Our educational system is not prepared to train candidates for the entry level jobs of today, much less the entry level jobs of tomorrow.

460,000 (4.3%) veterans were unemployed in October. All the rules are changing for those seeking work or newly entering the workforce, The question now becomes will our business leaders and politicians be able to create enough jobs to keep our population gainfully employed and paying taxes. The next four years will be a challenge for whoever wins the presidency.

Edited by Mark Baird / Thanks to Ted Dywalt (VetJobs)