Although the Veterans’ Access to Care through Choice, Accountability, and Transparency Act of 2014 focused on the VA Health Care Crisis, it included two important GI Bill education benefit changes. 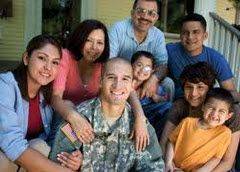 The first change expands the Marine Gunnery Sergeant John David Fry Scholarship to include surviving spouses of service members who die in the line of duty on or after September 11, 2001.

The Fry Scholarship was created to honor the memory of Marine Gunnery Sergeant John D. Fry who was killed on March 8, 2006, leaving behind his widow and three small children. The benefit originally only provided Post-9/11 GI Bill benefits to eligible children.

The change expands eligibility to surviving spouses as well as their children. The scholarship covers up to 36 months of education benefits. Surviving children have until their 33rd birthday to take advantage of the benefit. In addition, children under age 18 cannot use this benefit even if they have completed high school. Surviving spouse eligibility expires either on the 15th anniversary of the servicemembers death or if the surviving spouse remarries.

The second Post-9/11 GI Bill change requires state-operated colleges and universities to provide in-state tuition to veterans and eligible dependents (who are using the GI Bill) in order for the school to remain eligible to receive GI Bill education payments.

There is more information “HERE”..