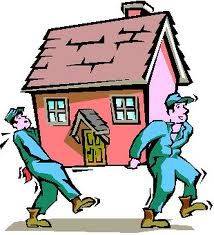 We moved last week and I hired 5 patriots off of HirePatriots.com. They had my 3,000 square foot home loaded onto a U-Haul in 90 minutes and we were done moving into our new home 8 miles away, all in less than 4 hours. They were prompt, polite, professional, and they worked hard. My son said, “Dad, you don’t need to hire anyone to help move, my friends will help.” Well, at 8:30am, my son’s friends hadn’t arrived but the Marines landed and were on the mission.
This is truly a fantastic service and I’ve told over 20 people about it since moving, now that I’ve actually used it and can speak about it first hand. I thought the job would take 3 U-Haul trips and be a 12-24 hour job. I was so impressed that I gave each guy a tip of an extra 3 hours of work just because they saved me so much money, time, and grief. My son was so impressed that he said, “Wow Pops!! I had no idea, I’m very impressed and I’ll never doubt you again.” I thought he was going to enlist on the spot. By the way, one of his friends showed about an hour later and was shocked to see what had been accomplished. His other 3 friends never showed. A day after the move, 2 of the Marines emailed me to thank me for the job. Now, that’s class. When you want something done, call the Marines!
Greg Spencer
Facebook Comments
Tags: veterans