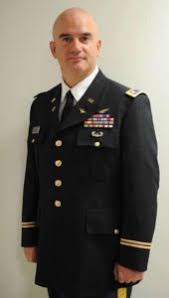 This is a great transition story of a hard nosed veteran making it in the civilian world. After 20 years of being a “straight A savage,” US Army Major Douglas Chace had a mortar quickly changed his life. He had multiple surgeries in 2014. His left leg was rebuilt, he had five procedures on his back followed by a year and a half of recovery, recuperation and therapy. By August of 2015 he was medically retired. He was lost and had no idea how to become a civilian. “I did not choose to leave the military. I served for 18 years in Korea, Afghanistan, Jordan, and Iraq as a helicopter mechanic and pilot. And, now…. I didn’t really know who or WHAT I was supposed to be.” 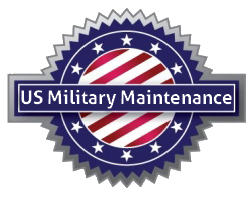 Thankfully, he had recently discovered US Military Maintenance, a Patriotic Heartsprogram. This allowed him the opportunity to not merely to survive but to thrive in the world as a self-employed civilian. He started his own family-owned and operated Veteran centric endeavor called Military Maintenance of Circle City (MMOCC), “a higher level of clean.” This Indianapolis based company offers a cleaning service which displays many military attributes. Customers know they can rely on MMOCC to be “on schedule with no hiccups, never missing a mission, never canceling.” They step into chaos and create order. Military Maintenance of Circle City is a cleaning system and business operated by Veterans throughout the country. There is nothing quite like “military clean.” The story of MMOCC went from a part-time venture to a full-time opportunity as soon as the door to his previous employer closed behind him.

“I knew that I couldn’t quit. I have a family that depends on me to protect, preside, and provide for them. The opportunity that US Military Maintenance provided me was a total blessing. I threw myself into it with reckless abandon. We picked up commercial cleaning contracts, residential cleaning contracts, and expanded our scope to include building maintenance of all kinds. I was able to go from unemployed with a fledgling business, to a quite successful business owner who was thriving within a very short period of time. Indianapolis is a very Veteran friendly community. And, the fact that I was focusing on hiring Veterans to work with me was a huge selling point in my sales presentations.”

Now, he is a Veteran Entrepreneur. Business is the new battlefield and the battle cry is to share knowledge, to teach, and to positively influence the Veteran employment rate.  He is committed to helping other Veterans start their own US Military Maintenance companies to allow them the opportunity to thrive just as he has.