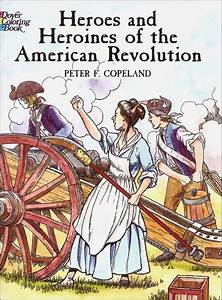 It took amazing men and women for us to be celebrating American freedom on July 4th. Without them, who knows? On July 4th, 1776, there had been not one significant defeat of any major British force. And none would come until late the next year at Sarasota. 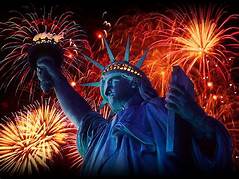 Many still call it a “miracle.” A rag tag, poorly equipped and fed US military, once numbering just 3000 men, defeated the British, whose invasion force totaled 75,000 soldiers (50,000 British and 25,000 Hessian mercenaries). How could the Americans have possibly defeated such an overwhelming, experienced and equipped army?

America was a land of freedom, where one could build a new life and live by their own conscience. We were a land of 2.5 million immigrants from many countries, and we were birthing 60,000 new Americans in a year. Our American victory was led by extraordinary American men and women.

General George Washington, besides being our first General and President, he set the stage for future Presidents. He is often referred to as the “first among Americans,” because without his leadership and perseverance the War of Independence certainly would have been lost.

There were many other heroes who made America’s victory possible. Ethan Allen and his Green Mountain Boysconquered the first significant British Fort, Ticonderoga. He and his men kept the British out of Vermont and came to the rescue of their neighboring state, Vermont. He also captured Montreal in Canada. He was captured and survived 3 years on a British prison vessel until the ear’s end.

General George Rogers Clark, was called the “Conqueror of the Old Northwest.” He lived in Virginia but was convinced that the war could only be won by capturing British forts along the Ohio River. So, he raised an army and did just that. He is also a great American to be remembered.

Major General Nathanael Greene – Commander, Continental Army in the South (1780-1783) He was, next to Washington, perhaps our greatest General, winning significant battles throughout the colonies.

Commodore John Paul Jones – Was the greatest American naval commander of the war. And America’s first Admiral. His victories and exploits are numerous. Besides being the first Naval Commander to capture several British ships, he sailed to Jamaica with a contingent of US Marines and captured an important stockade of arms from the British. After the war Russia invited him, and he became an Admiral in its fledgling navy.

Major General Henry Knox – American artillery commander and logistics genius of our War of Independence. He was involved in all the battles that Washington fought. His amazing logistical feats were significant in winning the war.

Marquis de Lafayette – Noted French volunteer in American service, who posed as a French officer, and won Washington’s confidence at Valley Forge, where he turned an undisciplined and properly drilled force of 10,000 men into a battle-ready soldiers. He accomplished this as 25% of that army died at Valley Forge of malnutrition and cold.

We are a land of great, heroic, and valiant men and women. Here is a list of women without whom victory may never have been possible.

Martha Custis Washington: Heroine of Valley Forge and wife of General Washington. Gathered women to make clothes and blankets for the freezing men of Washington’s army. And acted as nurse to the dying. An amazing wife and great American patriot!

Abigail Adams: Closest friend of Marth Washington. Accompanied her at Valley Forge. And she convinced her husband John Adams to support equal rights for women at Continental Congress.

Mary Otis Warren: Prolific writer who helped turn the tide of American opinion for the war and for the care of wounded and the widows and orphans.

Catherine Moore Barry: Scout for US Army responsible for major defeat of British at the Battle of Cowpens.

Sybil Ludington: America’s female “Paul Revere”, who at age 16, rode through Putnam and Dutchess Counties to warn the militia that British troops were burning Danbury, Connecticut.

Our challenge as patriotic Americans is to aspire to make a significant difference as well for our country. On July 4th we should all ask ourselves, as President Kennedy suggested, “What good can I do for America?”