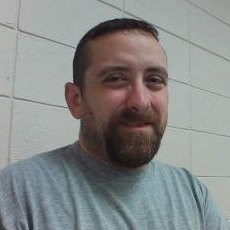 What happens when a long-standing military Veteran is injured and must start life over as a civilian? He becomes a “Vetpreneur.”

At age 43, US Army Major Douglas Chace had just completed a physical fitness test in Kabul, Afghanistan where he tested out as “a meat eating carnivore – a straight A savage.” He was outperforming the 20 year olds that worked for him by a long way and leading from the front. However, he went from the best shape of his life on July 4, 2013 to being broken and combat ineffective just four days later. While reacting to an incoming mortar/rocket siren, he was running across uneven terrain and ended up crumpling to the ground with the sole of his left boot turned upright and resting against his ankle.

Doug recalls, “Even after the injury, my Commander told me ‘we need you. You’ve just gotta stay and complete the mission.’ ” With significant injuries to his back and ankle, he limped around every Forward Operating Base (FOB) in Afghanistan and Kuwait for nearly four months collecting 300 million dollars in lost aviation equipment from across the battlefield. He completed the assignment and then his unit was sent home. A physical evaluation indicated he should have never stayed in the theater of combat. The four months of locating lost equipment exacerbated his health problems. He had multiple surgeries in 2014. His left leg was rebuilt, he had five procedures on his back followed by a year and a half of recovery, recuperation and therapy. By August of 2015 he was medically retired. He was lost and had no idea how to become a civilian. “I did not choose to leave the military. I served for 18 years in Korea, Afghanistan, Jordan, and Iraq as a helicopter mechanic and pilot. And, now…. I didn’t really know who or WHAT I was supposed to be.”

Doug recalls, “the civilian world is scary. For 18 years I did not have to choose what I wore, when to eat, when to sleep, or when to get my haircut. The civilian world offered no underpinning of commonality and camaraderie. Everything today is White-America, Black-America, Hispanic-America. We are not a melting pot, we are a segmented and hyphenated America. The Army is not this way, it is green. We all wear the same uniform so skin color and ethnicity do not matter. We live for the same purpose.” The biggest challenge for him was finding a new comfort zone.

There is a serious disconnect for discharged Soldiers in how to translate their military skills to the civilian job market. A Soldier says, “I can walk a long way, I can carry heavy things.” As a result, he gets an $8 an hour job with those skills. What he has not made clear is that he has been in charge of ten people and hundreds of thousands of dollars in equipment. The Veteran needs to learn new skills to express his responsibility in “civilian-speak.”

Following medical retirement, Doug started his new life working in the civilian world for a company that stated they valued him, his experiences, and the significant skills he brought to the table. But after completing a “Five-Year Plan” in two and a half years, they let him go with no notice whatsoever. He went from a guaranteed paycheck every other week to having nothing guaranteed overnight.

Thankfully, he had recently discovered US Military Maintenance, a Patriotic Hearts program. This allowed him the opportunity to not merely to survive but to thrive in the world as a self-employed civilian. He started his own family-owned and operated Veteran centric endeavor called Military Maintenance of Circle City (MMOCC), “a higher level of clean.” This Indianapolis, IN based company offers a cleaning service which displays many military attributes. Customers know they can rely on MMOCC to be “on schedule with no hiccups, never missing a mission, never canceling.” They step into chaos and create order. Military Maintenance of Circle City is a cleaning system and business operated by Veterans throughout the country. There is nothing quite like “military clean.” The story of MMOCC went from a part-time venture to a full-time opportunity as soon as the door to his previous employer closed behind him.

“I knew that I couldn’t quit. I have a family that depends on me to protect, preside, and provide for them. The opportunity that US Military Maintenance provided me was a total blessing. I threw myself into it with reckless abandon. We picked up commercial cleaning contracts, residential cleaning contracts, and expanded our scope to include building maintenance of all kinds. I was able to go from ‘unemployed with a fledgling business’ to a quite successful business owner who was thriving within a very short period of time. Indianapolis is a very Veteran friendly community. And, the fact that I was focusing on hiring Veterans to work with me was a huge selling point in my sales presentations.”

Life in the military is very regimented and precise. Ask any current Soldier to recite the Army values and the Soldier will spout it out instantly: Loyalty, Duty, Respect, Selfless Service, Honor, Integrity and Personal Courage. If you assigned a task to Major Douglas Chace, “it would get done right, on schedule, to standard, without hiccups, we would burn the midnight oil to be sure all loose ends were tied up. In large regard I don’t know how to fail and for the most part nothing scares me. The biggest influence of the military is that it prepared me to step into chaos and create order.” Those qualities followed him from the Army into life as a small business owner.

In the military, every Soldier/Sailor/Airman/Marine/and Coast Guardsman has been groomed with the highest qualities this country stands for. Cleanliness is one of those qualities. Everything must be clean and “inspection ready” in order to maintain the health and welfare of all others.

Now, he is a “Vetpreneur,” a Veteran Entrepreneur. Business is the new battlefield and the battle cry is to share knowledge, to teach, and to positively influence the Veteran employment rate. He is committed to helping other Veterans start their own US Military Maintenance companies to allow them the opportunity to thrive just as he has.