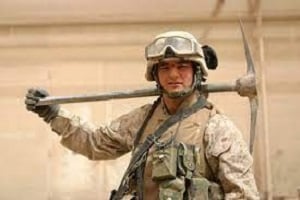 We had begun a charity for US Military, Veterans, and their families in 2004. It was not something we had ever considered. At the time, we were semi-retired. We had a lovely 3-bedroom home near the beach and next door to a major US Marine Base. Then one day we heard a knock on our door.

“Sir,” a young man said when I opened our door, “I need to earn some extra money today. Do you have any work or chores that I can do for you?” — Then he explained, “I just got home from Iraq today and discovered that my wife and two small kids had no utilities in our home! My wife had been laid off when I over-seas, but she never told me. I guess she was concerned that this added worry was something I did not need. Anyway, I’ve got to earn enough to at least pay the electric bill. Is there anything I do for you?” 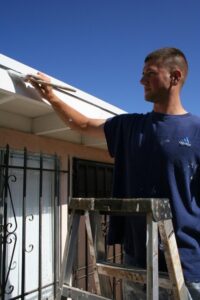 Of course, we tried to give him all the money he needed, but he refused. “Sir, I am a US Marine! I do not take hand-outs. I work for what I get paid.” So we let him clean and paint our gutters. – Afterwards, we paid him handsomely and my wife prepared a warm meal for him to take home for his family. – But that was the just the beginning of a new chapter in our lives that we never would have considered.

As that US Marine was working, I asked him if there were other US Marines he knew that also were having hard times financially. “Just everyone I know!” was his answer. – In response, I suddenly heard me say to him, “That is terrible! I am going to do something about that!”

After he went home, I told my wife what I had promised him. – We ended up creating a free job board for local residents to use to do what we did: Hire a local US Marine to help with any chores around their homes and yards. It was HireMarines.com. (Our site for every branch of the US Military is HirePatriots.com.)

That idea was ripe for those times. In just a few months we were getting hundreds of jobs posted every month! And hundreds of local US Marines, and Sailors from some local bases, were taking these jobs and finding some financial relief. — We put magnetic signs on our cars about this free program, and wherever we went Veterans and civilians were coming up to us and thanking us! Then all the local TV and radio stations had us come in and share our story. Even the national media too. And political, religious, and business organizations asked us to come speak at their meetings 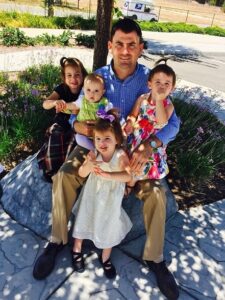 After getting to know these men and women soldiers taking jobs from our site, we discovered that there was an astronomical divorce rate among them. In fact, 90% of E-1 (Private) to E-5 (Sergeant) had broken families! – That is when we turned into a 501C3 charity. We began raising money to do 2 more things: We began holding huge job fairs on US Bases, and we started our Military Marriage Retreats program.

Everything we do for US Veterans is free to them, including our retreats at 5-star hotels at the beach. But it costs thousands of dollars a month to maintain and promote our programs. We also assist US Veterans in starting their own US Military Clean companies. US Veterans own these businesses outright. It is theirs. However, we do continue to stay in touch and provide anyother assistance they need and to keep up their training, enthusiasm, and efforts. 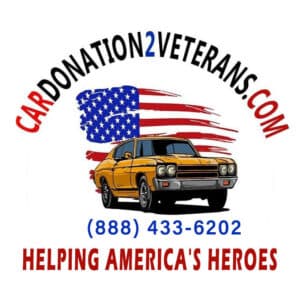 Our primary means of supporting what we do is by Americans donating their unused vehicles. Please help us to spread the word.