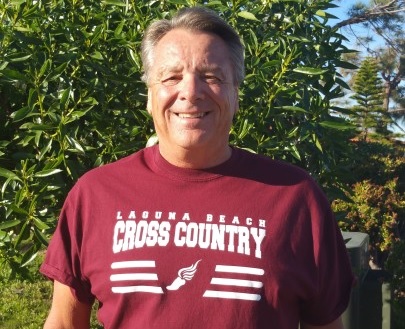 I think that all of us can recall moments and events is our lives that we wish we could do over, but that time of opportunity has passed. Sometimes, this can be out of our control. But too often our failure to do is because our lack of confidence in our own abilities. And this is completely natural. In order to break our habits, and to stretch ourselves into doing better and more, it is challenging, and often daunting.

When I was Freshman in high school, I was an extraordinary long distance runner and made the Varsity team. Everyone else was older and bigger that ran with me. That affected my confidence and limited me from accomplishing what I was capable of achieving. — One day as a Freshman, we got to the track meet late. We had to jump off our bus and sprint across the field to make our race. The Starter was just about to cross us off his list for competing in the Mile when I got there. The gun went off immediately, before I had time to think. — I ran the fastest 3/4 of a mile of my life! But then I heard through my anxiety, about missing the race, and heard the voice of the announcer, “Baird from Laguna Beach has a large lead over the field going into the last lap.” — I freaked out! “How could I be in the lead? Everyone is older and bigger than I am!” I told myself. And so I put on the brakes and allowed my teammates and the other runners to pass me. — I came in 7th in a race I could have won.

After that race, I realized my error, but that chance was gone. So I determined not to allow that to happen again. In my Sophomore year I was Captain of both the Track and Cross Country teams, and I rarely lost any race. But that was not simply because I regretted losing when I could have won. No. Regrets do not make a champion. That loss merely made me understand that I could do better than I was doing. I worked out harder and longer. I lifted weights and swam a mile everyday in the summer before my Sophomore year.

But Fate can still play its hand, despite all of our efforts. At the end of that year I qualified for the Southern California CC championship race. All the best runners were there. When the gun went off I was running with 4 others way out ahead of everyone else. And then one of them sucker punched me when we went down a ravine and out of sight of the coaches. I went down and passed out for a moment. By the time I got up, I was dead last! And so I took off running as fast as I could. I do not recall anything else until I got within sight of the finish line. — I was way out in first place! Probably 100 yards in front of the other top runners. — But then I got confused. I turned and ran down a circular path around the Putting Green, which was required at the beginning of the race. Apparently, it was not required at the finish. — I came in 5th! — That loss still grieves me today 55 years later.

But those lessons that I learned as an athlete assisted me greatly for the rest of my life. I have applied myself in every job I have had. I always strive to be the very best. I have the attitude that if anyone can do it, I can do it too, and maybe better. This attitude does not display itself in arrogance nor false pride. I do not boast nor gloat. It is just an inner belief that I have developed over time: “Never underestimate my ability to succeed.”