Afghanistan: Marine Gen. McKenzie: The Islamic State group in Afghanistan is a “very worrisome” threat to the United States, and U.S. counter-terrorism efforts have yet to shrink its extremist ambitions, Gen. Frank McKenzie said Wednesday.  Marine Gen. McKenzie said ISIS would be hard pressed, however, to carry out an attack on the U.S. homeland because it is under strong military pressure. “ISIS in Afghanistan certainly has aspirations to attack the United States,” McKenzie said. “It is our clear judgment that as long as we maintain pressure on them it will be hard for them to do that.”

Top Air Force Pilot Demoted: The Air Force‘s highest ranking female fighter pilot was removed from her job leading the Pentagon office responsible for overseeing some of the military’s closest-held secret programs, defense officials said Tuesday. Maj. Gen. Dawn Dunlop was removed from her position as director of the Defense Department’s Special Access Programs Central Office on May 31.  Dunlop was accused of fostering a “toxic work environment” in the office, screaming at senior military officials and calling Army and Air Force leaders “idiots,” according to Air Force Times, which cited unnamed officials. Dunlop is among the most accomplished female fighter pilots in the Air Force’s history. She was the first woman to become a fighter test pilot and the first to fly the F-22 Raptor stealth fighter jet. 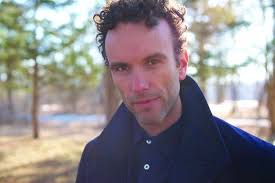 A Veteran Author, in his new memoir “Places and Names: On War, Revolution, and Returning,” Elliot Ackerman describes himself sitting in a cafe on the Turkish-Syria border, sharing baklava with a man named Abu Hassar. A decade or so prior, the two men had fought on opposing sides: Ackerman as a Marine Corps officer; Hassar with al-Qaida. Poignantly, they find themselves at one point huddled together over a hand-drawn map, sketching out a timeline of how their war histories intersect. “There’s one thing I believe, it’s that we are all more similar than we are different. And we spend our whole life obsessing over these differences that really, in the grand scheme of things, are inconsequential. And the older you get, the more you realize that they are inconsequential. So, there are a million places where Abu Hassar and I overlap. We overlap on these wars. We’re both fathers. We’re the same age. Sadly, we seem to exist in a cultural moment where all we can do is obsess over and fetishize our differences. And to me, that’s antithetical to what all art is. In my work, I try to home in on the ways we are all similar.” 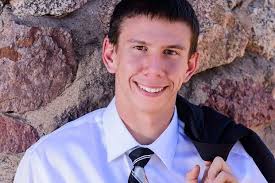 Suicides Rise Dramatically for Mid-Age Service men, Aircrew Aviation Electrician’s Mate Striker Brandon Caserta, 21, hurled himself into the spinning tail rotor of an MH-60S helicopter on June 25, 2018. An investigation found that leadership at Helicopter Sea Combat Squadron 28 in Norfolk, Virginia, “contributed” to his decision to take his own life. — Last month, 27 new Marine Recruits also committed suicide. And suicides for all mid-age white males is sky-rocketing! 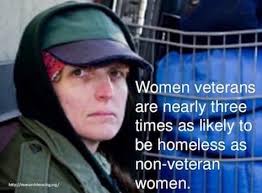 Homelessness for Female Veterans Rises: The VA-funded National Center on Homelessness Among Veterans said the number of women identified by the program as homeless, or who accessed VA programs to end homelessness, tripled to 36,443 in a five-year period ending in 2015. That figure, according to the center, is projected to rise by about 9% to nearly 40,000 by 2025.