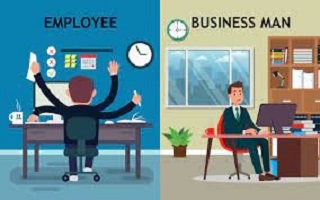 My first job was washing dishes at the Laguna Beach high school cafeteria when I was going to Jr. High. And that experience served me well. After that, I became the dishwasher at La Paz Mexican Restaurant, and Boris Bazan’s Yugoslavian restaurant. From there I moved on to bussing tables and then to being a waiter for the ‘upper classes” at Victor Hugo’s restaurant. And as a teen, I also wrote poems that were published weekly for our local town newspapers the Laguna Post, and the South Coast News. My moniker was ‘Poet Boy America.’ As my popularity grew, I began reading in cafes, and bars that had bands.

That all came to an end when I got married to my H.S. sweetheart and we quickly had a child. I needed a real job. While going to city college, I dug ditches for the our town’s Water District, and cleaned the high school and middle school at night. – (I began my first novel at that time. It was about growing up in Laguna Beach. It was not as easy as I thought. I never finished. In fact, I am starting a new attempt now, 50 years later)

Eventually, I graduated from college. I became a schoolteacher. I choose to do so in the inner city of Los Angeles. I taught at in the gang infested areas of Watts, South Central, Compton, and Pomona. It was dangerous. One day three boys came into my oversized classroom of 60 students and pointed their guns at my head and asked me and the kids in my class if we were “Crips” or “Bloods.” – There was a hushed silence. And then I replied, as calmly as possible, “Right now, I am certain that we are all whatever you say we are.” – Fortunately, they found that to be funny and laughed. Then they just turned around and walked out. That was day I quit teaching in that district and tried my hand at sales.

I was an excellent salesman, but I hated every minute of it. I sold mailing machines for Pitney Bowes. And then copiers for Savin. I did well. And then I got out of sales as fast as I could. That is when I started my own janitorial business, Beach Cities Services. Real Estate was blowing up in Laguna in the 70s and 80s, so I focused on real estate, banks, and loan companies. I got every business associated with Real Estate in Laguna, Dana Point, and San Juan Capistrano. – I was finally a free man and my own boss!

For a couple of years, I also had a eco-tours business in Laguna. I took groups out in kayaks to explore our coves and marine life. I called that business “Kayaks West: Explore the Blue Horizons.”

The first book I ever read was the Bible. We had a large family Bible with a middle section that showed the life of Jesus in pictures with short explanatory captions beneath. That is literally how I learned to read. As a result, I became a believer. My family were not. So, I walked to church, the Laguna Presbyterian, and attended alone. And years later, in the midst of being married, having a child, working multiple jobs, and going to college, I was the Youth Pastor there. Then, I began a little church made up of ex-hippies from the canyon, The Laguna Church. We had the sweetest worship and fellowship than any church since. I’ve pastored in several churches since, and I wrote a book about the Psalms: “More Than Conquerors.”

I grew up in a family of World War II veterans. I heard many stories of their experiences. And as a boy, I played War with other boys using what we could find in our father’s war chests: helmets, belts, jackets, and medals. We would choose sides and then play using sticks. Too, many of the books I read were about war. Leon Uris’s Battle Cry about the 1st Marines fighting in the South Pacific, was my favorite.

As a teenager, I was drafted to fight in Vietnam. I did not agree with that war. It made no sense to me. Vietnam was not attacking us. Why should I go and kill their people? Fortunately, they found a medical issue and classified me a 4-F. That meant I could never serve in the US Military. – It did not alter my respect and appreciation for those that did go to war in my place. And so, I chose to find ways to honor them. I created a charity, Patriotic Hearts. I offer multiple programs that help them in the military and when they get out. I also have programs for their families because they also serve in other ways.

Nowadays, being somewhat retired, I am an eclectic writer. I write books in multiple genres: non-fiction, fiction, and poetry. My latest in The Breeze of Romance. And I write internet articles and posts. – I hope you enjoy reading them.