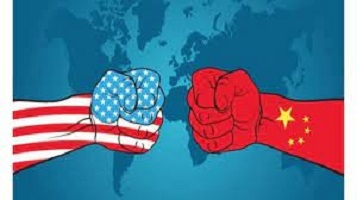 At the beginning of October, President Biden gave an order that is by far the most destructive act of aggression yet against China. It will devastate the Chinese economy, and their standing in world commerce. — The U.S. will no longer be a partner with China in making semiconductors, the brains of almost all modern technology. — All American companies and employees in China working in that industry have been ordered to leave and have done so. And since no advanced semiconductors can be made without American technology and know-how, this act is the equivalent of a massive nuclear attack on their economy, and their ability to remain a super power.

In one blow, President Biden has destroyed China’s ability to make and to sell advanced semi-conductors, and to continue making technological advances in that field. Combined with China’s depleted population and the ageing of their labor force, and their complete dependence on foreign energy supplies, this most recent blow now guarantees the precipitous decline of China’s GDP, manufacturing, and their ability to retool what technology they do have. China is about to become a 3rd world county! – This is not necessarily something to be so happy about.

The Chinese Dragon has been backed into a corner. Their demise is now inevitable. But they are still a nuclear country. – And very much of the same crises are affecting their ally Russia, the Bear. They too are facing becoming a 3rd world country, with rampant famine, a crushed economy, no labor force, and with no means of recovery.

What will be the Dragon’s and the Bear’s reaction to America’s strangle-hold?

What do you think?

P.S. For more information about this and other Geo-Political world changing events that are occurring right now, follow me here and on YouTube. — I will be focusing on those things in the coming weeks.