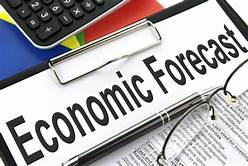 Since Donald Trump became President, predictions have been made on how his decisions would affect the economy for New York City, and the U.S.. Major issues in our world have exploded in the news since: Immigration; Obamacare being repealed and a new healthcare being put into place; whether the gun laws should be revised or not, etc.  Some people say that the President has not kept his promises to provide funding demands to repair the infastructure of this country. For huge metropolitan cities like New York City, this is especially difficult.

Even the new tax plan that Trump recently passed has many people wondering what issues will be next. In New York City, it’s expected that the tax plan will devalue our economy. The plan made the federal deficit have a huge increase, and now cities are expected to cut funding for public services and more.  Thas seen the housing market has seen the value of the bonds that are used to help fund it slashed.

Despite all of this, there is actually a bright future ahead for America, and New York City.  Recent developments show promise that our country will flourish this year. Employment is already starting to rise in sectors: Pollution is being reduced by quite a lot; and trash services are improved and more efficient.

For New York City’s economy, infrastructure plans will have a huge impact. Already, the lease rates and real estate sales in Brooklyn have been positively affected. This particular plan is called the “L Train Shutdown”; and, it is  not supposed to be in effect until 2019. Other plans will also increase the subway services and the bus routes for both Brooklyn and Manhattan. The New York City Ferry will be expanding this year. They plan to increase the rider capacity and expand their routes to also cover the Bronx and Lower East Side. This will increase development opportunities in these neighborhoods. It is expected that private investment will increase too. — For more information check out this site on NYC’s commercial real estate market.

Not everything that need improvements has plans for funding in place. For example, the subway systems need critical repairs. Hopefully, we will see some improvements being made. Unfortunately, not much is expected this year, due to President Trump denying the federal funding he had promised for the rail line between New York City and New Jersey. However, the Gateway Tunnel project is still moving towards being finished, and so some good changes may be seen this year after all.

New York City will not receive the all the funding it needs for important and essential projects this year. Still, it looks like this year will be a good  for both the economy of New York City and the ciuntry.

On a good note , veterans are fortunate this year. A program was developed for veterans who are looking to be self employed. The program features the technology field, and the veterans’ spouses will also be admitted. The training lasts for 12 weeks, and will be taught by  industry leaders. There is a capstone project, and direct mentoring from the leaders. This course will also be hosted at the Digital Future Lab. The application deadline is March 2nd 2018.