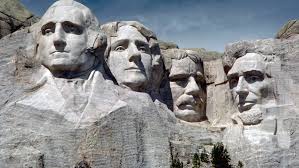 One of the most frequent words used on resumes is “team-player.” Obviously, this is important to applying for a myriad of positions in companies, but not all. Leaders are never to be democratic and follow the crowd, nor to adhere to the most popular opinion.  Certainly, they should listen to subordinates when making important decisions; however, they are the one person who must decide and be totally responsible for the results of any decision they make.  Therefore, a good leader should never obey what they are told to do by others. A successful leader will make the decisions that their own personal wisdom and conscience dictates. A leader is not to be the friend of their employees; but, they should ‘friendly.” Employees should know that if they do their job according to the direction of their leader that it is appreciated.

Have you ever noticed as you drive up to stop lights that often there will be many cars all in one lane, and none or just a few in the lane next to them, even though they are all going in the same direction, and that it will take them longer to get to their destination? I do every day. It is very common. Why? It is a natural, instinctual reaction in most humans. The majority of our fellows are much more comfortable doing whatever the majority of those around them are doing, than being in a separate line by themselves. They are ‘followers’, not leaders. They do not think independently. This is not a blemish on their character. It is perfectly natural and good for the majority to do so. They are taking the easiest path in life. “Do not make waves!” Be a “team player.”

If you are indeed a leader and not a follower, you will never last long in any company that does not recognize and honor such people. A born leader is like a watchdog among sheep. They are entirely different animals!  Real leaders can never pretend to be sheep for very long before being found out.