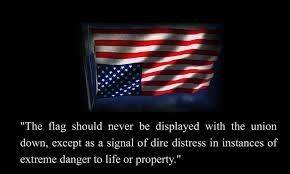 Watching my beloved country go through this contentious political divide between Progressives and Conservatives is heart wrenching. There is no point whatsoever in either side trying to convince the other side who is right and who is wrong. It is never going to happen. We will NEVER have political unity. That is the entire purpose of our Constitution: to ensure that we all have the freedom to disagree with our elected officials and with eachother.

The truth is there will always be liberals and there will always be conservatives. They both mean well. They just address the various issues facing our country from different viewpoints. To deny or to refuse to respect others’ lawful beliefs is to invite dictatorship, fascism, and totalitarianism, which is exactly the opposite of what America stands for, and to extinguished the beacon of hope we give to the world.

When I was a youth in the 1960’s almost everyone my age was a far left liberal. But now, many of these same “hippies” of my generation are right-wing conservatives. Their values and principles have not changed. Their approach to addressing social and economic issues has become different from the policies that they believed in when younger. However, some have remained faithful to their youth’s idealism and the hope that socialist policies will make America better for all its citizens. – Every generation will experience this change in viewpoints. Some that were ardent believers when young, will be no more when older. The pendulum swings both ways, and it always will.  – Most of us are still the same people with the same passionate beliefs as when we were younger.  It is who we are. We care about the same social issues.

Democrats should not be dehumanized and thought of as “baby-killers,” “Communists,” “traitors,” etc. Neither should Conservatives be thought of as “racists,” “homophobic,” or “war-mongers,” etc. Admittedly, some in both camps have such individuals among them; but, the majority of us love America and are advocating for what we truly believe will make our nation stronger and safer for all of us.

Sometimes the feud between our two major political parties seems irreconcilable. The venomous animosity between the two sometimes creates a hatred between law abiding, America-loving citizens that it sounds like they want to kill eachother. This is insane! The continuation and security of our nation is being threatened by such radicalism. We must remain an indivisible nation if we are to endure.

When the leader of any political party proclaims that they will not respect the will of the American people after a free election, then they are threatening our nation with Tyranny.

America is, as Abraham Lincoln so nobly said in addressing the war dead at the Battle of Gettysburg: “A nation, conceived in Liberty, and dedicated to the proposition that all men are created equal.” President Lincoln’s speech went on to plead for all Americans not to make the sacrifice of so many to become useless and in vain. “Never forget what they did here. It is for us the living, rather, to be dedicated here to the unfinished work which they who fought here have thus far so nobly advanced. It is rather for us to be here dedicated to the great task remaining before us — that from these honored dead we take increased devotion to that cause for which they gave the last full measure of devotion — that we here highly resolve that these dead shall not have died in vain — that this nation, under God, shall have a new birth of freedom — and that government of the people, by the people, for the people, shall not perish from the earth.” *(Approximately 620,000 soldiers died during the American Civil War.)

Can I get a “Amen!” from the congregation? (Please make a comment. I am eager to hear from you all.)