On the economic front, there are many, many mixed signals.

Layoffs are rampant, especially in the oil & gas industry and in metals & mining. Major corporations such as BP (4,000 layoffs), GE (6,500 layoffs) and Walmart (closing 269 stores globally, 154 in the US, 16,000 employee layoffs worldwide, 10,000 in US) and many others are making the news for contracting rather than growing and creating new jobs. Thanks to the EPA bias against coal, the Census Bureau reports that West Virginia is now the only state in the country where more than half of adults are not working. And West Virginia is now tied with Kentucky for the highest percentage of residents collecting disability payments from Social Security.

On Friday the Bank of Japan followed several European banks and introduced negative interest rates, that is charging, not paying, for deposits. By charging for parking money, the Bank of Japan is encouraging Japanese banks to make more loans and thereby provide some stimulus to a fragile economy. The central bank’s negative rates are designed to lower other rates and devalue the Japanese yen giving Japanese exporters a price advantage in foreign markets. The European Central Bank did the same thing in 2014 but it did not stimulate European banks to make more loans. The effectiveness of a central bank negative interest rate is yet to be proven.

The last four weeks have seen many disturbing events that impact markets worldwide. These included: relations between Saudi Arabia and Iran tanked when Saudi Arabia beheaded a leading Shiite cleric; the Chinese stack market has been a roller coaster; North Korea tested what it falsely claimed to be a hydrogen bomb; China flew a military aircraft to Fiery Reef in the disputed Spratly Islands; Russia is very active in Syria; Russia continues to violate Turkish air space; and ISIS has spread throughout Africa and is seeking ships to use for piracy in the Mediterranean Sea based out of Libya.

January definitely saw the world as the start of a “year of living dangerously”. For an interesting analysis, readhttp://mazzintblog.afcea.org/2016/01/14/2016-a-year-of-living-dangerously/.

It will be very interesting to see how the rest of the year goes economically and how the elections will impact the economy.

This article is published with the courtesy of Vet Jobs and the Vet Jobs Eagle. 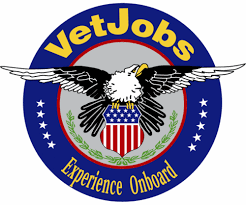