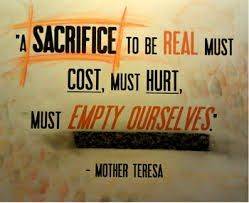 Patriotic Hearts is a 501c3 non-profit, founded in 2007. It was inspired by a US Marine that knocked on our door in 2004, after being wounded in Iraq. The utilities had been turned off in this young man’s house. He had a wife and two toddlers. And he was looking for some immediate, extra work to get the heat and lights turned back on. We helped him, of course. And my wife made a hot meal for his family. — And then we hired a company to make a website and job board for community residents to post jobs whenever they needed an extra hand with chores and repairs around their homes. We called that website HirePatriots.com. Over the last 12 years, it has spread to 33 states and 75 locations across the US. It has given solace to tens of thousands of US military, veterans, and their families, as well as just as many US residents too. It now has a full time job board for transitioning military and veterans also.

We lived in San Diego which has 7 military bases. Our website exploded with visitors! The word about our off duty job board was spreading like wildfire. But we did not have enough jobs for everyone. For every job posted 75+ veterans were applying for it. We felt an obligation to do something. We had hundreds of posters and thousands of cards made up, encouraging people to post jobs. We went to clubs, churches, networking meetings, chambers of commerce, asked local TV and radio stations to help us, and got articles published in the local newspapers. – Suddenly, managing our gift to the community became a full time job. And it was costing us far more than we could afford.

Being Christians, we were convinced that what was happening was not an accident. It was like being dragged suddenly into a roaring river current. Our lives were overwhelmed with the urgency of a cause that gave us a fulfilling sense of purpose. – The young men and women fighting our wars needed our help. Most of the enlisted ranks in San Diego were living near or below the poverty line. They needed extra income desperately.

We prayed fervently and trusted in the Lord to provide the means for us to continue assisting them on the full-time basis that was required. Then we got an unexpected phone call. Our county supervisor, who has been in the Marine Corps, wanted us to put on a job fair in his name on Camp Pendleton. We had never done anything like that before. But he gave us $25,000 to pay for the expense and for our labors. – Two months later, we had 135 companies attend our first military job fair.

With the proceeds from that event we were able to address another critical issue for our local military. The bases were having a huge surge of divorces, due to multiple war-time deployments. The wives on the bases were referring to the number of divorces as “the Plague.” – We rented rooms at the most luxurious beach hotel in our area and filled them with local military couples in crisis. We hired speakers, and bought books and videos about marriage. We also purchased gifts that we placed on each couple’s rose petal strewn beds. We dined at all the best restaurants. — It was a very romantic and special 3-day retreat for them. – On the last day, we presented each couple with a large framed picture of them beneath a bower, with the ocean in the background, taken by a professional photographer. On the back of each picture we put our contact info for them to call us, if needed. – We have been able to host 9 of these retreats, so far. (Of course, a host of patriotic volunteers help make everything we do possible.)

Money has always been a problem. Almost everything we do is self-funded. We have received tremendous media and press, and our charity has won significant accolades and awards; but, donations are very few and far between. – We hold job fairs and help companies to recruit US veterans to try to make ends meet. It takes 60 hours of work every week from each us to keep everything up and running. We live on whatever is left over.

Recently, I created a new program through our charity, Patriotic Hearts. It creates successful US veteran business owners, so that they can employ other US veterans and pay them a livable wage. The name of this business for veterans to own is US Military Maintenance. — I am overjoyed to announce that this program has been a huge success!

The US veterans who have reached their one-year anniversary of starting their own US Military Maintenance company made $250,000+, and are able to employ veterans and pay them well above the industry standard. Dozens of other US veterans are following in their footsteps, all across America. Several will reach the $1 million mark by the end of their second year, and be employing dozens of other US veterans. – My hope is that they will donate back to Patriotic Hearts in gratitude for what we did for them and are doing for others every month, across America.

What my wife, Tori, and I do is a calling. It is hard and the way is sometimes scary financially. So many citizens and veterans rely on our programs that we cannot stop our efforts. Tori and I will be doing this until the day we leave this earth behind. Perseverance has become our middle name.